The robots are coming

3D printing has been a hot topic in a lot of sectors over the past few years. The big question for the building industry is: how real is the possibility of a completely 3D printed home? Callum Fitzpatrick reports.

3D printing has been around since the 1980s, but it took until the start of the decade for printers to become widely available commercially and accepted on a mass scale. Now, the technology is starting to creep into the most surprising industries – fashion designers are using 3D printing to create product prototypes and dentists are using it to create moulds for crowns and bridges.

What’s more, personal printers are beginning to make their way into the homes of thousands of hobbyists around the world. From here, these bedroom users can generate their own designs – whether it’s a model aeroplane or an iPhone case – and upload them to the internet for the world to replicate or modify.

It’s certainly a powerful prospect and it’s because of this that many experts believe that the 3D printer will soon be as popular as the microwave. This may seem farfetched at first, but when you consider that one printer could essentially print the parts to make an infinite amount of other printers, it suddenly doesn’t seem so surprising.

The possibilities extend even further than this. Now, large-scale manufacturers are beginning to get on board, with one research group claiming that it will soon be able to 3D print an entire home in just a single day.

This technology, dubbed Contour Crafting (CC), has been pioneered by a team at the University of Southern California (USC), headed by inventor Dr Behrokh Khoshnevis.

The system uses a nozzle on a gantry to squirt out concrete in the shape of a pattern determined by a computer. Sturdy walls are constructed layer by layer using concrete with automatic reinforcement, with the conduits for electrical, plumbing and air conditioning being added during the build process.

Dr Khoshnevis says the technology has the potential to completely automate the construction of whole structures as well as sub-components.

Using this process, a single house, or multiple houses with different designs, can be automatically constructed in a single run.

Not only is the process considerably faster than traditional building methods, but it can also make light work of tricky design aspects, such as curved walls.

USC says its immediate focus will be on emergency, low income and commercial housing; however it is even setting its sights on outer space. That’s because at present, CC is one of the very few feasible approaches for building structures on the moon and Mars, which are the two primary targets for human colonisation.

Back down on Earth, the Commonwealth Scientific and Industrial Research Organisation (CSIRO) Titanium Technologies team is researching the prospective significance of 3D printing in Australian industries. Through its Future Manufacturing initiative the branch aims to take Titanium Technologies from “ore to more”, building on Australia’s world ranking reserves of ore by using its portfolio of advanced metal production and fabrication technologies.

CSIRO Titanium Technologies leader and Adjunct Professor at the Royal Melbourne Institute of Technology (RMIT) John Barnes says that 3D printing is already having an impact on the building industry, but not in the large-scale manner we may expect.

“Architects are currently using 3D printers to produce scaled versions of their concepts. In the future, we could see builders producing more intricate and customised designs like this at a low cost,” John says.

“Using 3D printing in the early stages of a design for a mould or a prototype might not seem like a major advancement, but it can dramatically accelerate the speed of your development.” 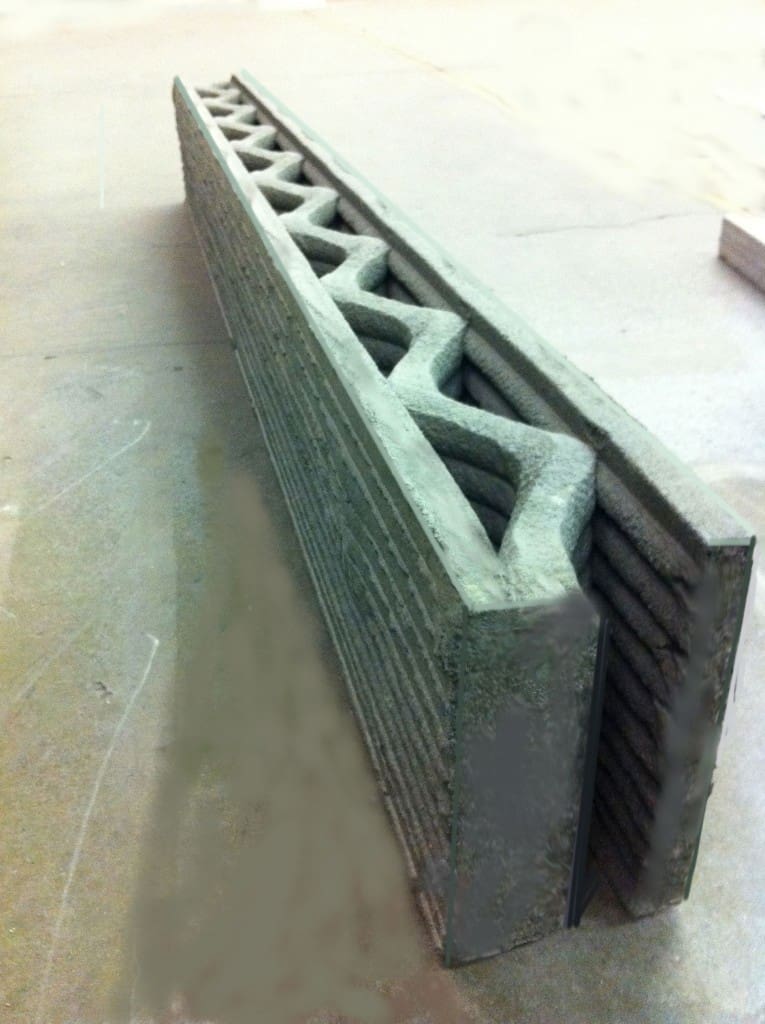 Before we see the first 3D printed home, the renovation market may have already been impacted.

“For builders restoring historic houses, there is the potential to fix architectural details that are missing or damaged with custom matches printed from very similar materials to the original,” he says.

As it stands, the major sticking point for 3D printing is the same as with any technology in its infancy: the cost. Both the machinery and materials are currently an expensive enterprise for a company wanting to invest in the technology.

“That’s the biggest hurdle we need to overcome at the moment. The machines will get cheaper as more are produced and the cost to operate them will diminish as knowledge increases.

“Today you may have one technician supervising a single machine, but as we become more familiar with the machinery and how it works, the same guy could be looking after five machines, bringing the cost down.

“The cost of the materials that are used also needs to be reduced for large-scale production to be widespread. Plastic is currently the most mature material that is available. One of the four commercial printing centres in Australia can use metals, but the material options are limited, as is the build envelope.”

So how long until we could see a fully 3D printed home in Australia?

“It’s still a few years off but I think it’s very possible,” John says. “It all relies on having a disruptor enter the market – most building companies wouldn’t want to change their entire business model.

“Technologies like Contour Crafting could give access to higher end materials at a much lower cost. The production method creates internally stiffened walls, so you don’t need to use as much concrete, making it more affordable overall. A similar approach can be seen in aerospace designs, where high end materials are used efficiently, making them cheaper.

“It should be a very interesting space to watch because these machines are able to run 24 hours a day, so they can dramatically improve productivity and site safety.”

Currently, John says the CSIRO is focusing on its “ore to more” philosophy, which is essentially turning low cost mineral sands into high value titanium metal. This can be turned into a higher value finished product.

“Our efforts are looking at metallic systems, specifically on affordable materials and making the machines more affordable to operate and therefore more applicable to a broader industry,” he says.

“We believe 3D printing is a perfect match for Australia.”