A matter of debate

Safety nets are an open weave mesh used as a fall arrest system. In Australia, their use is currently limited to stairwells and other drop hazards on larger construction sites, while on residential sites they’re much rarer. By contrast, in New Zealand nets are becoming more common and more prevalent in the government literature.

So why aren’t safety nets used in residential building here? And what safety and cost benefits do they offer?

Safety nets are part of the National Code of Practice for the Prevention of Falls in Housing Construction, as a Level 4 Control. Before they are used, operators must ensure that the previous levels of protection are not practicable.
The previous levels are:

Within the residential building industry, there are a few instances where Level 4 controls must be used, namely the installation of roof trusses. Currently, a perimeter barrier is set up to prevent falls from the edge of the building, but there is still the danger of falling inside the structure. Sometimes this danger is being mitigated by a safety harness; sometimes it’s not. There’s no hard data to indicate how often.

When queried as to why this option is not being used in Australia, the different work safety organisations had differing reasons. WorkSafe Victoria named the cost factor and type of construction; WorkCover NSW explained that while the nets were sometimes used in Queensland and the Northern Territories, NSW had a different sort of architecture. 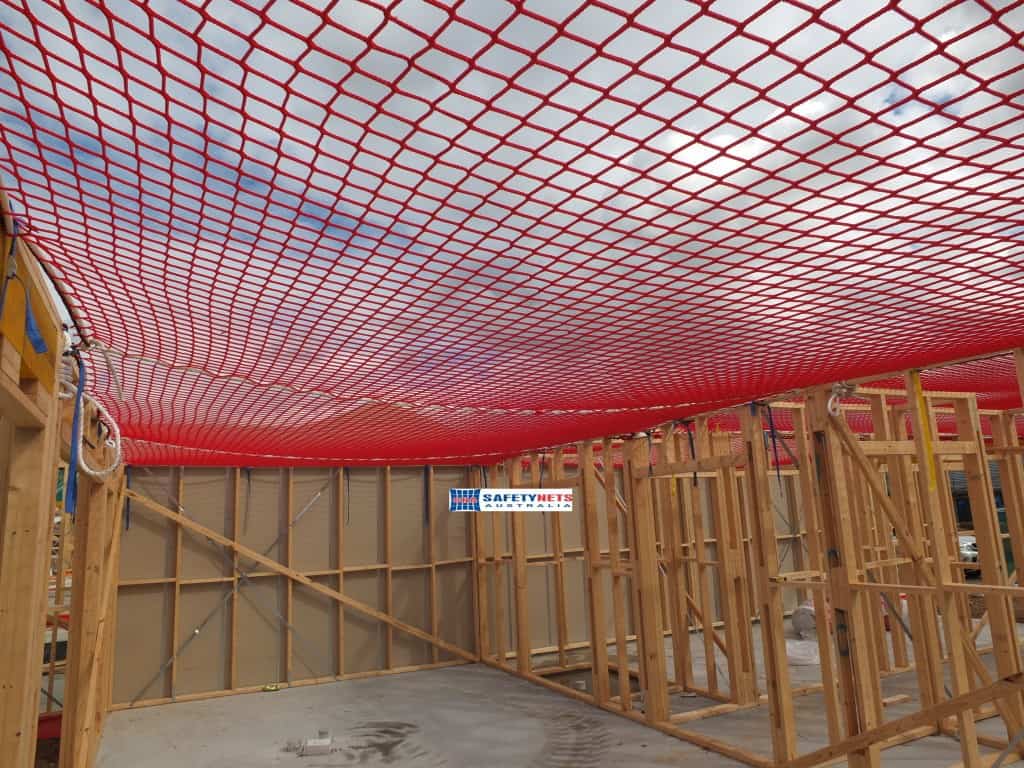 WorkSafe Australia declined to comment on this issue, stating that they were not the best organisation to be offering specific advice. That a national body charged with developing policy on health and safety feels they can’t comment is telling of how self-regulating the industry has become. This is now clearly a matter for builders to decide for themselves.

Graham McIntyre from Safety Nets Australia, explains how safety nets are put up:

“In the housing industry, you’re mainly attaching the safety net to the top plate of the wall frame with a strap called the SNA Strap, which has a five kilonewton loading on it. You’d just wrap that around the top plate and strap the net to that. That’s the quickest and easiest way.”

The Codes maintain that a competent person must install the nets.

Proponents of safety nets argue that they have many benefits, including:

Safety nets reduce the possible fall distance. Set up just below the work platform, they reduce the fall to less than a metre; in comparison, a harness offers a longer drop and a greater impact. “If you’re working in a harness, you’re going to fall at least two to three metres before you feel the impact of that fall, when the harness kicks in,” Graham says.

Should a fall occur, it is easier to rescue someone from a net than a harness. “If you’re using a harness, you have to have machinery in place, scissor lifts and knuckle booms, to actually reach the person and retrieve them from their harness,” Graham explains. “But in a safety net, they can basically roll to the edge and climb out.”

Safety nets allow freedom of movement – and thus great productivity – while harnesses can restrict movement. “Safety nets allow people to work at height without restricting their movement. Not only is a net a means of fall protect and fall arrest, it actually increases the worker’s productivity because they can move around freely without having to worry about a harness,” says Graham.

With proper care and attention, a safety net can be used for three years, even if it’s been used in a fall. “If you have a person wearing an energy absorption fall arrest harness and they had a fall, that harness has to be thrown out, whereas a net can be inspected and reused,” says Graham.

Safety nets, however, do have their dissenters. “There are systems of work out there that are considered safe at the moment without resorting to the use of those nets,” says Tony Lopez, Assistant Director OHS Policy of HIA. When pushed to explain what those systems are, he provided the explanation: “General safety things at work.”

Tony references WorkSafe Victoria’s Code of Practice for Preventing Falls in the Housing Construction. He maintains “The issue has been visited by WorkSafe in Victoria, and they have come to the conclusion that the current method people are using is reasonably practical and there wasn’t any need to go any further.”

Which isn’t quite accurate – the Code of Practice includes safety nets as one of three possible methods of fall arrest, along with catch platforms and individual harnesses. It states: “Safety nets can provide a satisfactory means of protection while allowing workers maximum freedom of movement.” 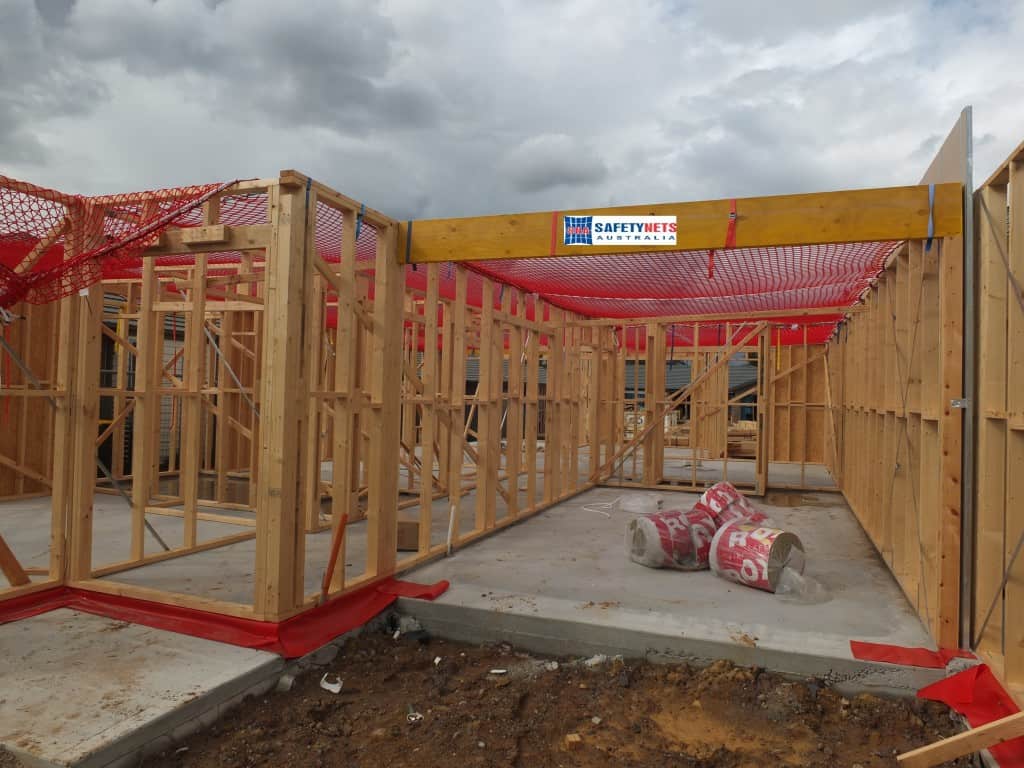 Even within the various WHS authorities, there’s dissent on safety nets. In 2008 when the NSW Code of Practice for the Prevention of Falls in Housing Construction was being discussed, WorkCover NSW did not support the use of safety nets. It noted:

“There are a number of inherent risks/dangers associated with the use of safety nets and there is little evidence of their use. It is WorkCover’s preferred position that this material is deleted from the Code.” Despite this protest, however, safety nets are included.

The future use of safety nets is therefore still to be decided, but there’s a chance we’ll see a change in the future.
Graham sees the problem as a lack of awareness and understanding of the productivity benefits.

“I don’t think they’re aware that safety nets are quite a cheap and practical solution”, he says. “Obviously they feel that they’re providing enough coverage with the handrail system on the external perimeter and they’ve probably got their guys wearing harnesses walking all over the top of the roof frames, but we need to get these nets out there and show them how easy and cheap it is for them.”

Safety net companies are trying to get the word out there. Safety Nets Australia have an example build site in Sydney, while Fall Arrest Safety Nets are working on developing a committee to review safety nets and their use in residential building in Australia.

In the meantime, it’s completely up to each building company, in consultation with their workers or union rep, to decide.

Living in a material world