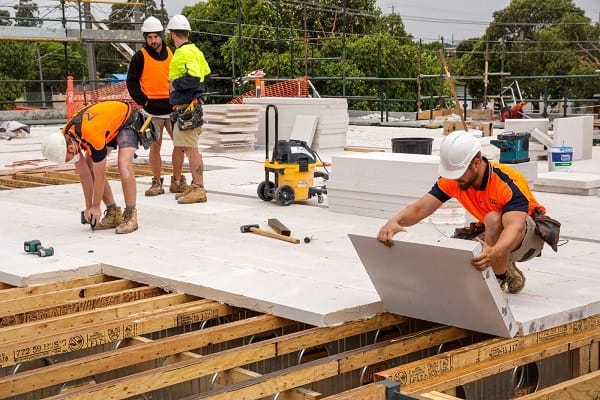 Big River Group has announced an expansion of its autoclaved aerated concrete (AAC) offering with MaxiFloor.

MaxiFloor, which is manufactured from cement, sand, lime and water, is aerated by adding an expanding agent to the mix. The result is a steel reinforced concrete panel filled with small, finely dispersed air bubbles that is strong, lightweight and resistant to termites and vermin.

Featuring airborne noise transmission properties, it provides a quiet flooring solution without the squeakiness, bounce and flex that is found with particleboard flooring.

MaxiFloor is a pollutant free building material and is suitable for both internal and external applications. It uses reduced raw materials and as a result Big River Group says it helps reduce around 30% of environmental waste and 50% of greenhouse gas emissions compared to traditional concrete.

It’s installed in a similar way to conventional particleboard by existing installers and is non-combustible, enabling it to be used in many applications that require specific fire ratings.

The launch of MaxiFloor follows the introduction of the AAC MaxiWall product in Australia in September 2017.

“We are confident in the continued growth of AAC’s popularity in Australia and believe that MaxiFloor will join MaxiWall as a product of the future,” says Jim.