The latest tech that solves the silicosis epidemic 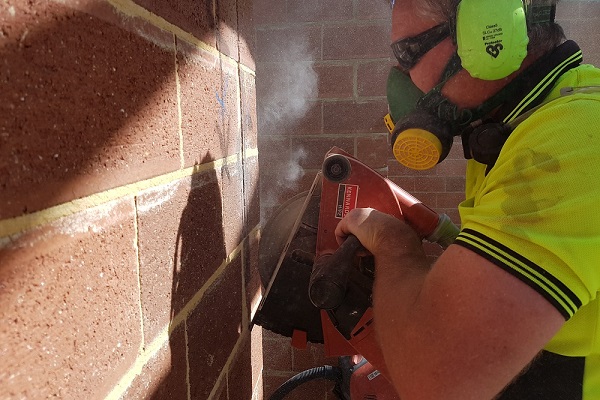 Guarda Systems has released the Edge Powercutter, a solution designed to reduce the risk of silicosis by reducing the amount of harmful dust during the cutting process.

Founder Steve Terpstra was concerned with current solutions and their inability to effectively control dust and protect the health of he and his workers which influences decision to create the Edge Powercutter.

A wet vacuum attached to the saw extracts the silica, slurry and exhaust fumes from the air as water is sprayed onto the blade guard which instantly turns the dust into slurry. The debris is forced away from the user and forced into a barrel.

Independent industrial hygienists have found that the technology can control silica dust up to 20 times better than current alternatives on the market.

“Even with the widespread use of dust controls, people are still getting silicosis,” Guarda Systems managing director Craig Plenty says.

“With current dust control technologies, the use of water or local exhaust ventilation (vacuums), have not fundamentally changed in many years. In many situations, respirators are required to protect workers from silica dust, because dust control methods built into tools cannot always keep people safe.”

“Current methods used to control silica dust rely either on the use of water to dampen the dust or vacuum to remove it. Guarda has developed a completely new technology that combines water and vacuum for significantly better dust control. Our product has been shown to be up to 20 times better at capturing dust than other existing products currently on the market,” he says.

Silicosis is a lung disease caused by breathing in tiny bits of silica, a mineral that is part of sand, rock and mineral ores such as quartz. In recent years, hundreds of young men have been found to suffer from silicosis in Australia alone, some with advanced cases after just a few short months or years in their trades.

“People are calling for the ban of artificial stone products because it can be shown that current dust control methods can’t always keep people safe,” Craig explains.

“This works, and it will save lives.”

MEGT remains the preferred provider for the ...