An alternative to tarpaulins, Stormseal is a new product that’s tried and tested both overseas and in Australia. Sean Carroll reports.

We’ve all seen some incredible storms in our lifetimes. Some have featured hailstones as big as cricket balls or some almost seem like a waterfall  coming out of the clouds above. But I bet you’d remember a storm more if it resulted in serious damage to your home. 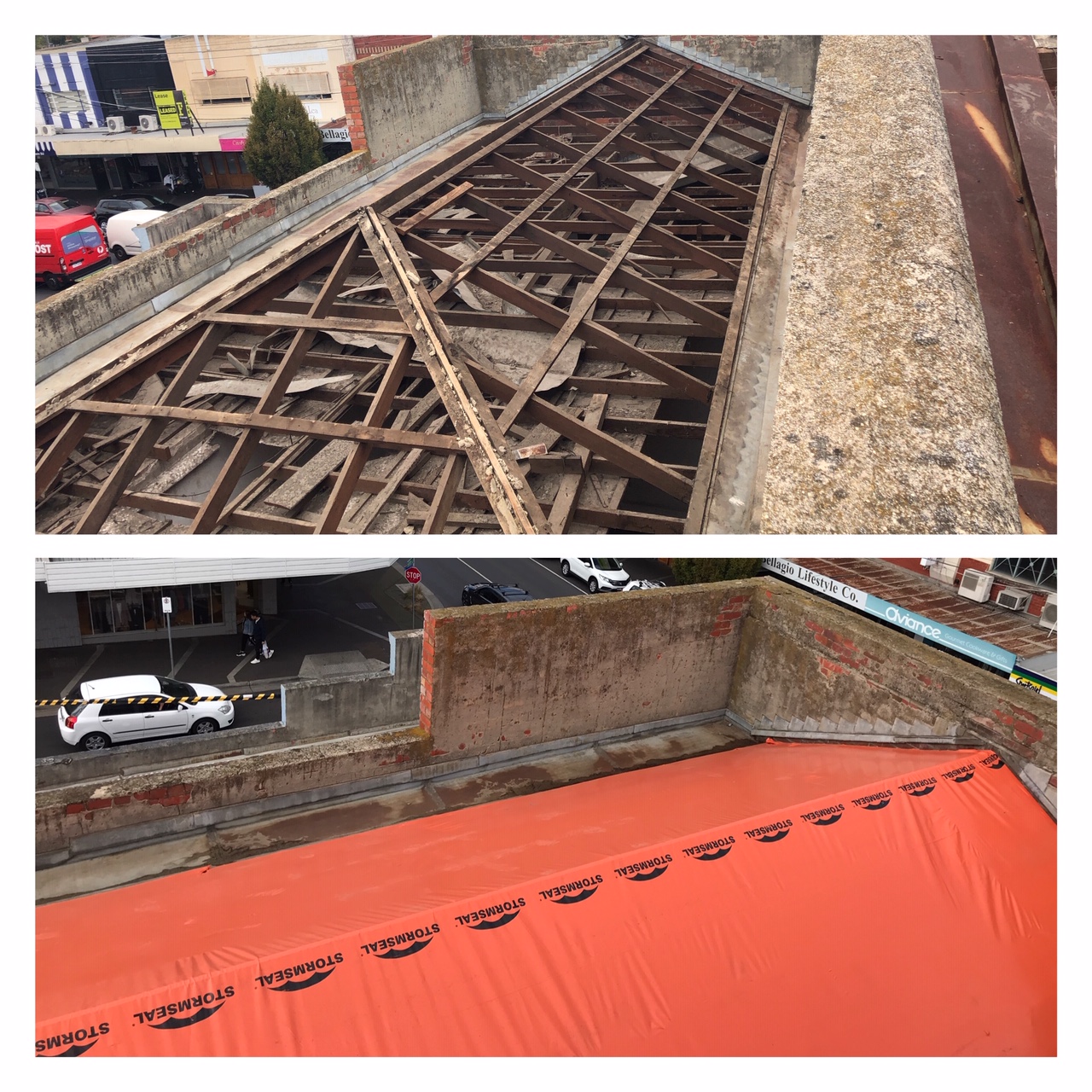 David Dobson from Berowra, New South Wales definitely does. In late 2018 his house was at the mercy of a hailstorm which smashed hundreds of tiles on his roof and shattered the skylight in his bathroom. All he could do was call the State Emergency Services, throw up some tarpaulins and hope for the best.

“I had at least got some tarps up and some tiles back on before I saw the next storm coming and had to get off the roof. I then got back to the job of emptying buckets filling up rapidly in the house as the rain fell,” David says.

It doesn’t sound like a fun time but luckily, the next day Stormseal was applied to his damaged roof.

Stormseal is a strong polymer film which heat shrinks to a damaged structure and provides long-lasting weather protection and stays put until its needed and repairs are made. It doesn’t need sandbags or weights to hold it down and wind can’t get underneath it and blow it away in the night.

David and his family were lucky they got Stormseal up early and it remained until repairs were done on his family home.

As opposed to what happened with David, founder and president of Stormseal, Matthew Lennox has seen time and time again the problems that come along with just throwing tarps over the damages. With over 25 years working in project management before Stormseal, Matthew saw a problem in the way damages from storms were being handled. 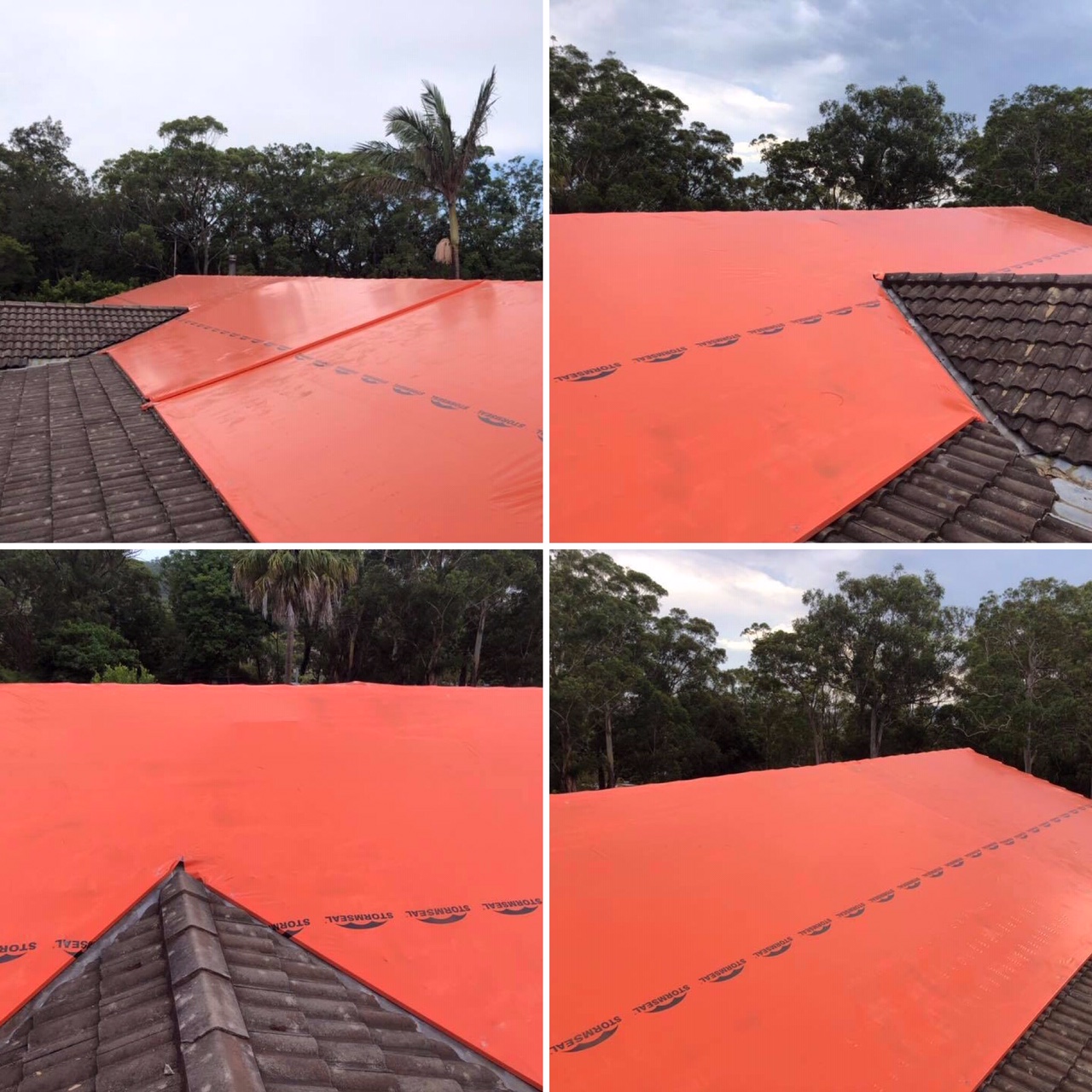 “When you have a tarp on in that situation you can get continual failure so the tarps blows off, the homeowner has to ring up and try to get back through the insurer, the insurer has to contact the builder and come back out,” Matthew says.

It’s what Matthew calls the insurance cycle, where after a big storm, insurers have sent out the right people to fix the job. However, as homeowners are in this waiting process, the tarp blows off, the damage is now open to the elements and the insurers need to send out different people to fix another job.

“We had that large hailstorm here in Sydney on 20 December 2018. About 20% of the houses were under tarp. Around eight months later it what was found was that, obviously the tarp blows off and it creates this longer lead time for construction and it increases the cost.

“That storm started off at about $120 million. The Insurance Council of Australia’s estimate says it’s gone over one billion dollars,” Matthew explains.

“The same with Hurricane Michael over there in the US, we’ve done work over there. And it started at $3.6 billion; it now is just nudging seven billion. So, what I mean by that is more damage has occurred after the incident.”

The Australian government noticed the work Stormseal was doing and, as a result, accelerated the commercialisation grant which gave Matthew and his team the ability to commercialise their product and get it out to a wider audience.

Part of the grant allowed Stormseal to establish training centres across the country. 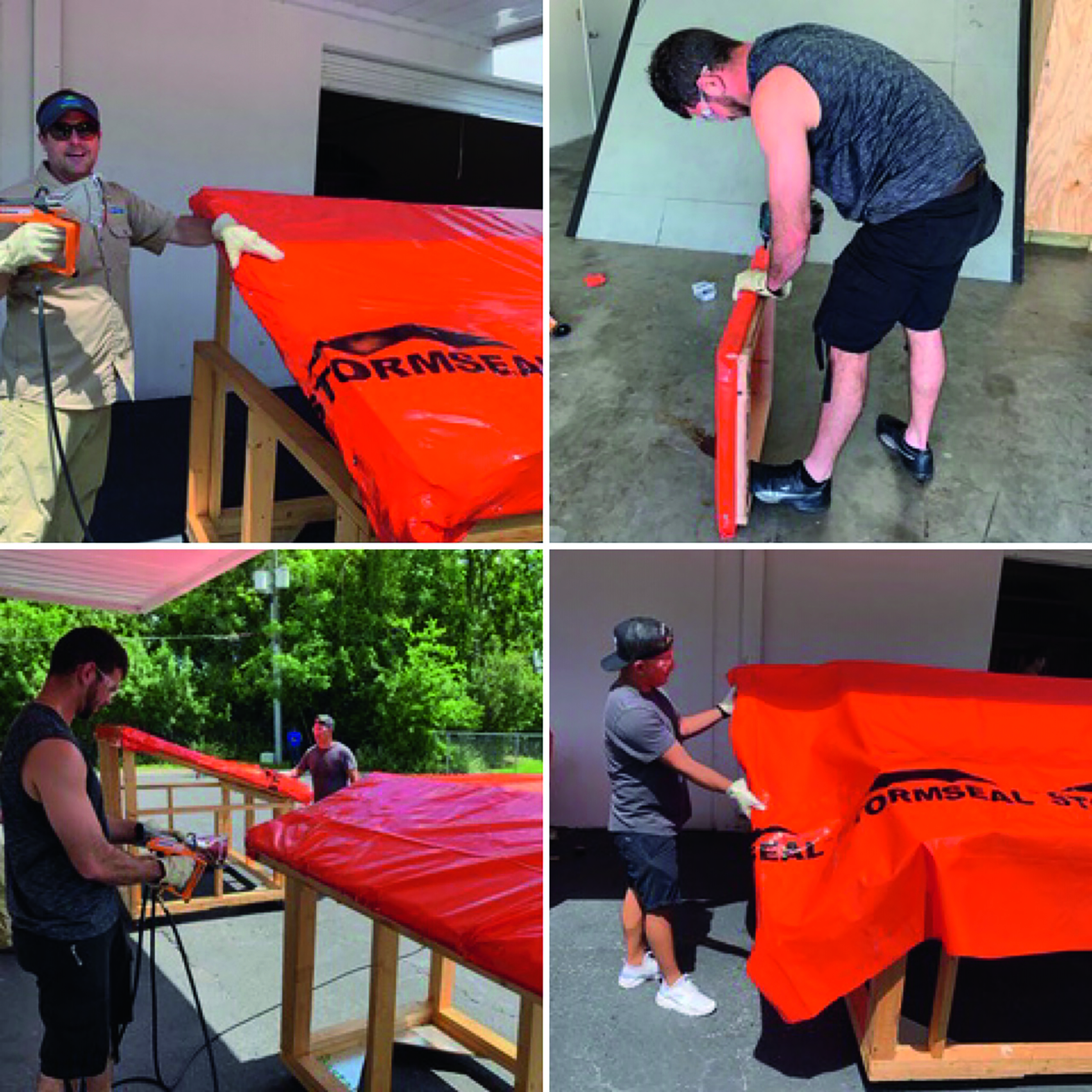 They now offer one-day training courses in Victoria, New South Wales, Queensland and Western Australia. Once you’ve passed the course, you have access to their online site, can order as much of the product as you like and you can throw it on the back of your ute or truck in a cling film-style roll for easy accessibility.

Insurers are trending towards Stormseal as their make-safe as it stops the building from getting damaged again, less hassle for all parties involved.

“From a roofer’s perspective, compared to using the tarps it’s generally quicker than putting the tarp on and the job satisfaction you get,” Matthew says. “If you’ve seen any photos of Stormseal compared to tarp, it’s like chalk and cheese.”