The lack of affordable, sustainable housing in Geelong, Victoria has provided the impetus for a new initiative by the team at Deakin HOME Research Hub. Anna Hayes found out more about the Micro Village.

Alternative housing movements are not a new phenomenon but one new initiative by the team at Deakin HOME Research Hub is hoping not only to give people a roof over their head, but also integrate them into the local community. 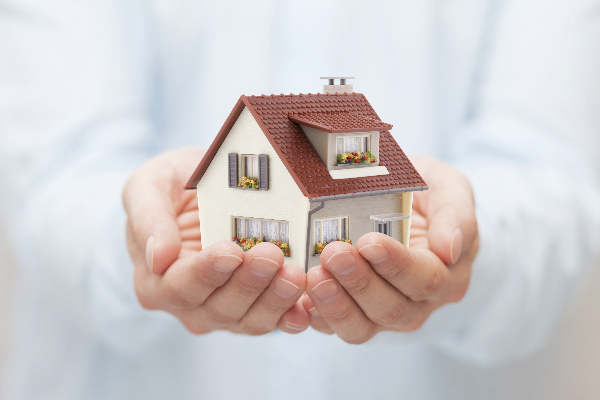 In 2018, the Bellarine Tiny Homes Group identified a serious problem in the local housing market, particularly relating to the elderly who were paying most of their pensions in rent, leaving little for food, bills and other costs. The properties were often of low standard and many were not suited for the needs of the elderly.

HOME research leader and associate professor at the School of Architecture and Built Environment in Deakin University, Dr Ursula De Jong explained that because there was no security of tenure, pensioners had to move regularly and this had a negative effect on their physical and mental health, as well as an isolating impact.

Bellarine Tiny Homes Group initially wanted to build small homes on wheels but this was not a fixed permanent housing model, planning laws restricted the amount of time they could remain in one place for, and they were not built sustainably.

While the Tiny House movement is a growing trend worldwide, Ursula said it was not something that could work in Geelong as it had no clear mechanism for providing social integration.

“Lack of integration and community consultation in the design and building of Tiny Houses has created a stigma around these housing models, resulting in reluctance of communities to support their construction.”

In the following discussions, the pensioners’ needs were outlined; they wanted a small, secure home where they could age in place. They wanted a place of their own, consisting of a bed/sit room, kitchenette and ensuite, with kitchen, dining room, lounge, laundry and guest room incorporated into a separate communal hub.

“Only through thorough research will it be possible to determine if small houses can be the basis of an affordable housing model, and what that model might look like,” says Ursula.

Over the next 12 to 15 months, HOME will carry out two different research studies, ‘Exploring the viability of affordable small houses for those with limited funds and desire for modestly-sized homes’ funded by the Lord Mayor’s Charitable Foundation, and ‘Homes for “Grey Nesters”: Social integration of a micro-village of small houses supporting community wellbeing in Geelong’, funded by the Geelong Community Foundation.

Ursula explains: “The eventual aim is for the design, construction and evaluation of a place-based micro village that houses six to 12 residents in the Geelong region, demonstrating a comprehensive and harmonious integration of the village with the local community and environment. This would be a ‘living village’ model able to evolve over time to support people as needed, thus providing an opportunity for residents to age in place.”

The flexibility of the design means that it could also be adapted to support different age and socio-economic groups in the future. It could, conceivably, become a model to tackle the issue of homelessness.

According to the Council to Homeless Persons, Geelong has the second highest regional homelessness rate in Victoria and it has also been ranked being more disadvantaged than both Greater Melbourne and Australia as a whole, according to the 2016 ABS Socio-Economic Indexes for Areas (SEIFA). Disadvantaged groups in Geelong include students, young families, single parent households, women and single parent households, and people with disability.

Ursula adds: “In the future, the micro village could develop into a multi-generational village. The innovation lies in a model that can be replicated at different scales, considering local needs and applied in other regions in Victoria and Australia.”

Over the next 15 months, the team at HOME will aim to develop a model that is supported by the wider community and potential residents before moving on to the next stage of planning and development.

“The Deakin HOME Research Hub will then explore the many possible partnerships needed to realise a micro village, including with Geelong Sustainability, local government, planners, financial institutions, philanthropists, architects and designers, and professionals in the building, electrical and plumbing industries, and developers.”