How to protect females working in the trades

Stepping onto a worksite as a female bricklayer was a massive eyeopener for me. I was 16 years old working on a housing estate with all the different types of trades in the one place.

Not only was I the only female in my crew, but I was the only female on the entire worksite. The site supervisor would approach me every day and tell me to, “go get a real job.” 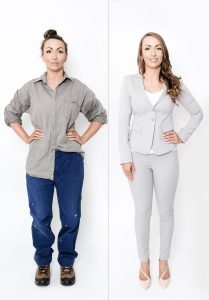 What he meant was go get a woman’s job and stop trying to do a job meant for men. No one stepped in to tell the site supervisor I had a right to be there, I had to learn to handle it on my own. It got worse when my employer had promised one of the laborer’s a bricklaying role but gave it to me instead.

This meant the laborer didn’t want to help me with anything on the worksite, which made my job even harder. I had to set up my own stations, get my own cement and keep my head down so I didn’t get in this guy’s way. I had zero support from workmates or my employer. My determination was the only thing keeping me there and I wanted to prove I could do it.

I have often thought about the scores of other women who would love to learn a trade. Women who have a passion for building, who have grown up with the impression that we can do anything we put our minds to, who have so much to offer the building industry, but will ultimately shy away in fear of how they would be targeted and treated by their male colleagues.

The building and construction industry is in dire need of reform, and there’s key things we can do to encourage more women in the trades:

We need to start this change by educating male tradies on how beneficial it can be to have a female on the team. My employer would frequently say I had a better eye for detail than many of the men I worked with. This could be done in the way of a facts campaign – send out a fact sheet on the benefits of having a female in the team to all of the trades companies.

Create an online registration for woman

I would like to see an online registration for female tradies so support workers can check in on them at worksites and make sure they aren’t enduring daily abuse, to ensure there are separate toilets available and that they’re receiving adequate support and equal opportunities.

Create a social network for woman in trades

We could also use this online registration to start a social network for women in trades so they can provide additional support for each other. I spent a long time feeling like I was alone and was the only female around that liked to be a tradie. I know I would’ve benefited from having a group of like minded women around me.

Change the way the courses are advertised

Let’s also start changing the way the courses are advertised so that they also appeal to women. There’s opportunity to break barriers and dismantle stigma surrounding women in trades, to open up this realm of career opportunity for future generations of female builders and construction workers.

Ultimately, there’s as huge opportunity for greater inclusion of females in trades. Give more woman the opportunity to learn their desired trade while showing them that they will be accepted and encouraged if this is the career pathway they choose. All it takes is a commitment to change the mindset of the larger community. It can be done. 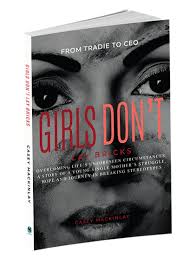