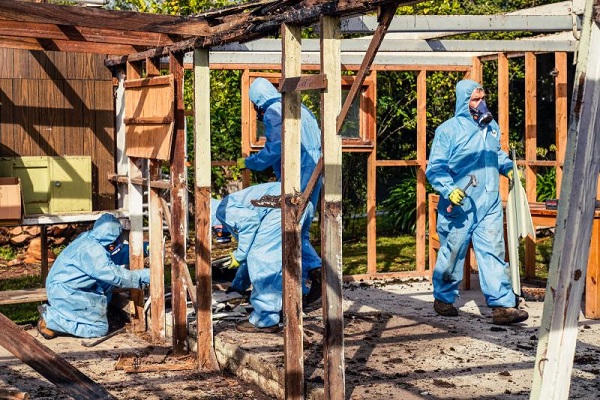 Asbestos is still an issue despite the steps Australia has taken to remove it. There is an estimated millions of tonnes of tainted soil estimated to be blighting public land in Victoria and there are many environmental groups calling for it to be removed safely so the land can be used by the community.

SCAADA, an environmental consulting and project management company, has been working on technological methods to remove the harmful substance from soil.

It’s already happening in Western Victoria with special soil remediation techniques are being used to filter out the Asbestos present.

SCAADA managing director Dale Smith says if you start with 8,000m³ of Asbestos-tainted soil, it’s possible to bring the figure down to 10m³, making it much easier to dispose of.

“Asbestos is a broad ranging term that covers a wide range of silicates. When we talk about soil remediation, we are talking about abating, which means removing as much bonded manufactured Asbestos containing material debris as we can from the soil, Asbestos occurs naturally in the ground as a fibrous mineral, so we are not removing this natural occurring product but rather the manufactured material leaving the soil safe to use with a significantly controlled risk,” he says.

“We use a process called screening which involves shaking and displacing the soil using vibrations from the mechanical screening machine as the soil is fed into it. We recently partnered with Ground Maintenance Australia (GMA) to use their screening machine to clear Asbestos that had been buried in school grounds.”

He adds that, to put it simply, at the end it becomes near perfect fine topsoil for things like garden bets.

GMA managing director Steve Marett says that by working with SCAADA, they are repurposing huge quantities of material that would otherwise end up in a hole.

“Environmentally two lots of soil that can be used on site are recovered and financially it’s more cost effective as you have drastically reduced the amount of contaminate soil which needs to be disposed of as Asbestos waste,” he says.

“Soil remediation as part of Asbestos abatement is now a big part of our day to work, people are often surprised that you can remediate soil. It’s a good story that no one wants to talk about, we help schools and hospitals deal with these problems in an environmental and economic way. At the end they are very happy but never want to talk about the fact it was there in the first place, even though it was not their fault.”

He concludes by saying he’d like to see state government promote awareness around Asbestos abatement and reward businesses and institutions that use this process with grants for small businesses and homeowners.