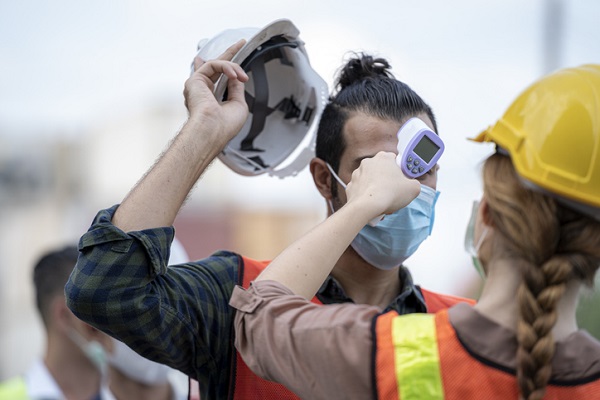 The Australian Industry Group/Housing Industry Association Australian Performance of Construction Index (Australian PCI) contracted by a further 10.3 points to 38.4 in August – a second and more severe month of contraction following a significant decline in July (readings below 50 indicate contraction in activity, with lower results indicating a stronger pace of contraction).

The indexes for activity, new orders and supplier deliveries in the Australian PCI dropped steeply into contraction in August, in response to strict activity restrictions in the construction sector in Victoria and NSW, and state border closures that are affecting the industry’s supply chains nationwide. 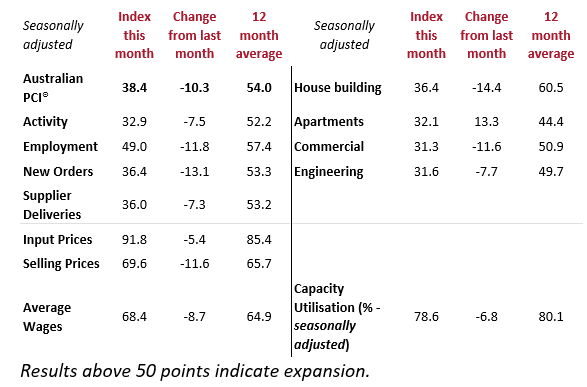 “Australia’s construction sector has shifted from healthy expansion to steep contraction in a flash as restrictions in the face of COVID-19 outbreaks have closed sites and disrupted supply chains. The impacts were concentrated in the south-east corner of the country although border closures by other states also contributed to supply chain disruptions and prevented the movement of construction personnel,” Ai Group chief policy advisor Peter Burn says.

“Nevertheless, beyond the south-east corner aggregate construction activity avoided contraction. Nationally, all four construction sectors suffered drops in activity in August with the house building sector joining apartment building and commercial and engineering construction in negative territory. Employment slipped slightly in August with builders and construction businesses mindful of recent difficulties in filling positions, hesitant to put staff off. Input price pressures continued into August although the pace of increase eased with lower levels of activity.”

He adds that new orders fell precipitously – a pattern evident across the four construction sectors and, in combination with continuing restrictions, pointing to the likelihood of further contraction in September and October.

“Lockdowns have brought the industry to a standstill and are eroding builders’ confidence. The Australian PCI was dragged even further into negative territory in August after activity began contracting in July,” HIA chief economist Tim Reardon says.

“Even activity in home building specifically, started going backwards in August for the first time in almost a year. The industry was not permitted to operate like it did during previous lockdowns, despite its exceptional record of operating safely throughout the pandemic, consistent with COVID safety measures.

“While this does stretch out the HomeBuilder boom for longer, it carries with it significant costs. Builders can’t work from home. Households that can’t move into their incomplete new homes are saddled with the financial stress of ongoing rent or mortgage payments. Government coffers and the broader economy also suffer from the loss of this very valuable activity. Apartment activity is also still contracting in the absence of overseas migrants, students and tourists.”