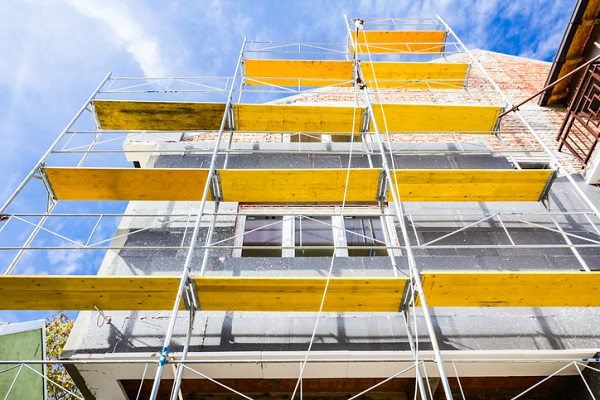 With recent tragedies such as the Grenfell Tower fire in London and Lacrosse tower fire in Melbourne, fire safety in the construction industry has become a hot button issue with significant legislative changes coming into effect later this year.

Trafalgar Fire is an Australian business and leader in the fire containment industry since 1945. Its owner, John Rakic, says the industry is about to see the most significant changes to passive fire protection in the past 50 years.

“Many systems being sold and installed were fire tested over 30 years ago, and do not provide the requisite protection that modern buildings deserve,” he says.

The original deadline for the changes in the National Construction Code 2019 (NCC2019) was 1 May 2022, however a recent update has provided the industry with a few extra months to prepare, with COVID delaying the publication and adoption of NCC2022 until 1 September 2022.

“It is a big wake up call. While the changes have been delayed slightly, it is not a long time in the construction industry. It is critical that developers, builders and trades are aware and prepared,” John adds.

“Incredibly, prior to the new standards, any new class two buildings, such as high-rise apartment buildings, could use test reports from the 1950s for passive fire protection compliance. There was no motivation for manufacturers to retest systems to more onerous standards, which stopped product innovation. Only the lucky few who had access to older fire testing could dominate the marketplace on price, not efficacy of systems being offered.”

“In the event of a fire, passive fire protection is designed to limit the spread of fire to one fire compartment, allowing people to escape safely from adjacent fire compartments. It also allows fire fighters to get into a building to put out a fire and hopefully contain it to only the fire affected compartment,” John outlines.

“It is about savings lives first and protecting property second.”

In Australia, all construction is governed by the National Construction Code (NCC), formerly the Building Code of Australia, which is updated every three years and typically adopted by the various state and territories on May 1 each three-year cycle.

“We estimate that 60-70% of construction is currently being built to NCC2019 which means that on 1 September, these buildings should incorporate systems with a Fire Resistance Level (FRL) complying with the fire testing to AS 1530 Part 4 – 2014, not older versions like 1997 or 2005, for example,” continues Mr Rakic.

Larger Tier One builders have been specifying and using systems with the latest fire test requirements for some time now. Trafalgar Fire has been fire-testing its products to ensure they are up to date and have launched a free knowledge centre on www.tfire.com.au for the industry.

“We have spent over $3 million getting ready for these changes. 100% of our systems have gone through rigorous new fire testing to meet or exceed current Australian standards. We had to be ready now as buildings being built under NCC2019 effectively require this if they do not finish before September 1, 2022,” he says.

“Our free knowledge centre and series of training videos available on Trafalgar TV, our own channel on YouTube, have been incredibly popular, indicating the huge demand for information from the industry. We also have technical manuals for just about every product system and application, including data sheets, installation guides, and FRL tables. We know it is a big change and we are here to provide support however we can.”

The changes to NCC2019 were made clear to industry on 1 May 2019, providing a bit more than three years for manufacturers to re-fire test if required to the latest versions of AS 1530, whether for non-combustibility or for passive fire protection fire ratings, known as FRL’s. This means that all products requiring a fire rating, starting 1 September 2022, must be fire tested to the latest Australian fire test standards.

Previously, there was a grandfathering clause that allowed old fire test reports and data to be used for new buildings, but this will now stop as of 1 September, meaning unaware builders or developers may stop being compliant in the middle of a project unless they start using systems fire tested correctly to the new modern-day requirements.

Long-term issues with compliance and accountability

John adds that many builders used to hand-ball compliance to the various trades, which is ineffective because passive fire protection needs to be looked at as a whole system or a matrix.

“It was impractical for certifiers or building surveyors to check every penetration on site and they were having to accept trade-specific certification for compliance,” John says.

“This would be in the form of a certificate saying all penetrations were installed correctly with little detail of why or how provided from the trades. This led to some poor and non-compliant installations being approved. The builders just didn’t want to know as their contracts would put the certification onus on the trades,” John explains.

He explains that down the track, this led to serious problems that cost strata bodies and building owners a lot of money to fix. Some builders would avoid liability by winding up their company, leaving the building owners or strata bodies with big bills. Of course, it is everyday Australians that end up paying. Something had to change.

An increased focus on passive fire protection through mandated inspections, legislative change, and dedicated building commissioners, such as in NSW, will improve the as built environment for Australians.

“There is now more impetus for buildings to be designed in smarter and safer ways and we are finding that people are seeking versatile and compliant solutions with our local Australia’s fire regulations,” he explains.

“Ultimately it will lead to better and safer buildings. Hopefully, it will prevent avoidable tragedies.”