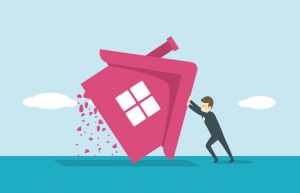 The software, named SURFACE and developed at RMIT University in collaboration with engineering consultancy Intrax Consulting Engineers Pty Ltd., will help engineers ensure new houses can be built with enough flexibility to withstand movement in the soil caused by seasonal change.

Current estimates indicate that 80% of all significant structural damage to properties in Melbourne is the result of houses not being designed to withstand the unique demands of each site.

As clay expands and contracts in response to changes in moisture caused by cold winters and hot summers, the soil is prone to significant movement throughout the year.

“There are many uncertainties in the current guidelines, often resulting in uncertain estimates of site-specific demand loads,” Srikanth says.

The lack of reliable, site-specific predictions costs Australia an estimated $1.8 billion every year in damage, often leading to litigation between homeowners and builders.

The fastest growing Australian state, Victoria’s population is projected to reach between 7.5 million and 7.9 million people by 2027, creating demand for around 40,000 new houses per year.

Intrax are already using the application with positive results and geotechnical manager, Scott Emmett, said it would impact the pockets of homeowners directly by improving the accuracy of surface reactivity calculation.

“With SURFACE we are reducing the conservatism in design, helping home builders to confidently construct more affordable homes for Australian families,” he says.

Structural damage caused by inadequate adaption to soil movement has been widely reported throughout Australia.