The heat is on

The thermal imaging sector has a lot of potential, so why does the Australasian Thermographers Association chairman call it the wild West? Ainsleigh Oates investigates. 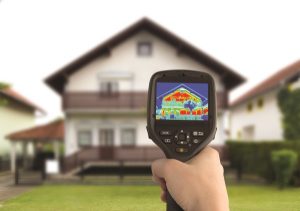 As an emerging industry in Australia thermal imaging has not attracted much media attention.

Because of its relative newcomer status the sector is not covered by regulations, Standards or compliance codes. This is a concern for the Australasian Thermographers Association (ATA), which predicts catastrophe if the industry is left unregulated.

ATA says Standards are critical in establishing a fair and safe industry. However, implementing a set of Standards is difficult, as ATA chairman David Rice explains.

“The purpose of doing a scoping study is to get to a point where people will understand all the crucial requirements for operating a thermal imaging camera – such as industry-wide competence-based training.”

The ATA engaged an independent consultancy, The Haystack Group, to analyse the use of thermal imaging cameras in all industries, the aim being to introduce a national Standard of competence.

David publicised the study via almost 2,500 emails to organisations that had some connection with thermal imaging. He says the support has been substantial, especially from insurance companies. There are about 200 participants and the ATA is appealing for more, as the study is ongoing.

New Standards will deal with such areas as lack of camera skills, poor or improper interpretation of thermograms and protection for customers – who expect trained people to do the work.

The process began in 2014 when the ATA had a meeting with Standards Australia to outline the proposal.

David says that submitting an application and gaining approval was the easiest part, but due to unforeseen circumstances not everything went to plan. It has taken another four years for the process to recommence and changes to be planned.

“Because we’re setting completely new Standards, we would be able to run the competence-based training courses even without the regulations being implemented.

“However, we want to adopt the two original Standards configured to what the industry needs before commencing the courses.”

The Haystack Group representative Anthony Stiff says the scoping study is necessary because of the lack of training Standards.

“There is a huge need for competence-based training, and for it to be easily available to the market. The training needs to be in tune with each industry-based sector.”

David relates his experience with training years ago.

“In 2002, when the industry Standards came out initially, you had to be a level three thermographer to do training. When I trained there wasn’t one person who was a level one, two or three.”

He started to see many complications in the industry. Different kinds of certificates and qualifications showed up on his desk, and it began to annoy him. Colleague and friend Martin White had experienced the same issues and the two decided to take action.

The ATA came into being when David and Martin went to Standards Australia and gained approval to start the organisation.

“Industry-offered training for thermography is all over the place,” David says.

“A lot of people don’t even know that Australian Standards exist. Because of that, a lot of people go overseas to learn. You might find out about thermal imaging courses only when you buy a camera.”

The provided training in Australia is nowhere near optimum. However, most distributors of thermal imaging cameras offer courses.

“Granted, our provided training is all over the place, but it’s all there,” David says.

“Candidates must have a graduate certificate in relevant studies at a technical college or university to complete the training. Yet that’s not even half of it – there’s a whole other Standard to complete before you can be registered.”

Within a couple of years of the ATA being established both men hadn’t seen much of a change in the complications surrounding certification. This was when The Haystack Group and the scoping study were introduced.

Anthony says the scoping report should be finalised towards the end of March – and there will be a lot of unhappy people in the industry.

“There will be some recommendations in the report that people might not agree with, and these will go through Standards Australia for debate. Then we hope they will go about setting the required Standards for the industry.”

David says there are two thermal imaging Standards at the moment.

“The first is AS ISO 9712:2012 NDT, non-destructive testing. The other is AS ISO 18434.1:2014, condition monitoring and diagnostics of machines. They are designed for the engineering sector, not general industry, and that’s the issue.”

He says people are employed under the 9712 Standard who are qualified in areas such as x-ray and ultrasound. This incorporates thermal imaging under the same qualification.

“The problem is that these skills are engineering based and thermography is not.”

However, employing engineers that don’t know how to operate a thermal camera is not the greatest concern.

There are no licensing considerations involved in buying, hiring or using a thermal imaging camera. Anyone can buy or hire a camera no matter what they may be using it for.

There are apps that can be downloaded to a smart phone that claim to be thermal imaging cameras.

Without any thermal imaging software or infra-red receptors, these apps claim to achieve professional day/night imaging and thermographic capabilities in a device small enough to fit in your pocket.

Anthony says untrained people generally don’t realise that there are consequences when using such equipment – including personal harm if the results are wrong or even misread.

David says anyone planning to use thermal imaging should do an introductory course to discover the best piece of equipment for the job.

“Manufacturers sell cameras based on the price range, not on the type of equipment the purchaser needs.”

Thermal imaging cameras can be much harder to operate than many people realise. Incompetent use introduces many risks, such as false readings or diagnostics, leading to mistakes in building and construction.

An introductory course will be implemented, with the new Standards, within a year. The aim of industry-wide competence-based training is to create a level playing field so that all thermographers are in sync with terminology and thermal imaging practices.

ATA and The Haystack Group are making this a reality. In the meantime, David, Anthony and Martin want all thermal imaging users to be aware of the risks and dangers, and to do their research before hiring or buying a camera.

In the line of fire