HIA win is great news for builders and tradies

After a four year campaign HIA has expressed its pleasure at the Fair Work Commission handing down a decision to simplify the Building and Construction General Onsite Award. It has done so by streamlining a range of allowances into a single payment which will assist both businesses and their employees to have greater certainty in compliance. 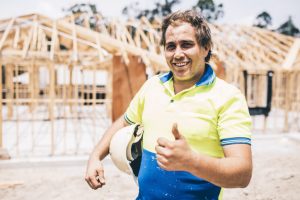 “HIA has lobbied for reforms to simplify the Award for many years to make it less complex and to reduce administrative burden on businesses,” says HIA executive director – industrial relations and legal services Melissa Adler.

“In its earlier decision in September last year the Commission determined that the existing array of Building Award allowances should be abolished and replaced by an enhanced industry allowance.

“As it stand now, the sheer number of allowances in the Award makes determining what to pay an employee very complicated.

“Now, in a win for HIA, the Commission has seen fit to simplify the system and has determined that people working in the residential building and construction industry will receive an allowance of 4.8 percent of the weekly standard rate on top of an employee’s weekly rate. This simplified allowance will remove the need for a business to work out whether an employee is eligible for any of the staggering 52 separate disability allowances that current exist,” Melissa says.

“This decision is a great result for HIA and the housing industry. It is an important example of removing unnecessary red tape to achieve a good outcome for businesses and their employees. It will mean less complexity in the award system providing greater clarity and certainty for all.”

The changes are set to commence on 1 January 2020.