Sydney’s most job-ready apprentices are ready to work 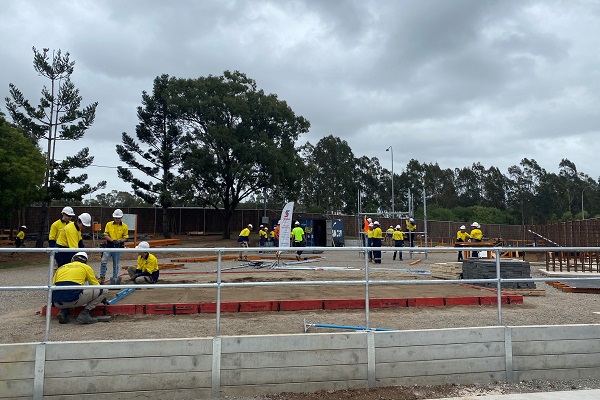 Productivity Force says the apprentices are job-ready and eager to work after undergoing the country’s most rigorous courses,

“This year we celebrate five years since we began training apprentices, and our current group of graduates is the first from the Campbelltown training facility, which is the third such training centre. Now we’re looking for host employers who want excellent apprentices to start before Christmas or in the New Year.”

Since it began in 2015, it has trained 800 apprentices – aged from 15 to 30 – the majority of whom have been employed across various trades. The intensive eight-week Productivity Bootcamp is designed to replicate a building site environment. Participants work hands-on as a team – a vital skill on a building site – and they gain new, practical skills in a variety of trades including carpentry, cabinetry, plumbing, electrical, roof tiling, waterproofing, scaffolding, concreting, bricklaying, landscaping and formwork.

“We truly believe these are Sydney’s – if not Australia’s – most job-ready apprentices,” Kieran says.

“They are physically fit to work on a construction site, are instilled with work values needed to succeed in the industry, and they know what is expected of them once they gain their apprenticeship. Our mission is to train, equip and upskill young people through these thorough face-to-face, practical, challenging, fun and hands-on boot camps.”

Trabr attracts $405 million in projects and ...