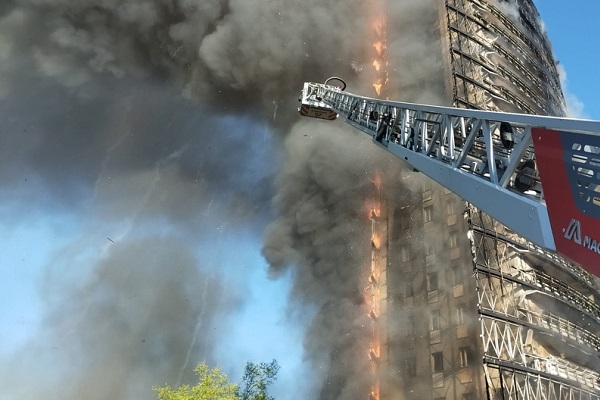 Milan mayor has compared a fire that recently engulfed a 20-storey building to the Grenfell Tower blaze in London four years ago. Nobody was killed in the recent Milan fire.

The fire started on the upper floors of the tower on the southern outskirts of the capital of the Lombardy region, spread to the rest of the building owing to what experts described as the “chimney effect”, which turned the building into a torch.

Officials said the flames had spread through the cladding on the facade, which was supposed to have been fire-resistant according to the Italian media outlet Corriere della Sera.

“What was clear from the start was that the building’s outer shell went up in flames far too quickly, in a manner reminiscent of the Grenfell Tower fire in London a few years ago,” Milan mayor Beppe Sala wrote on Facebook.

“The tower was built just over ten years ago and it is unacceptable that such a modern building should have proved totally vulnerable.”

Polytechnic University of Milan professor of technical architecture Angelo Lucchini tells Corriere della Sera that the facade of the building was built with combustible materials: “Unfortunately there is no law that prohibits it.”

Authorities now fear the building is at risk of collapse, owing to the high temperatures that could have melted the steel columns.

The 60m-high building in Milan was designed to look like the keel of a ship. It included an aluminium sail on its roof, which burned after the blaze, falling in pieces to the street.