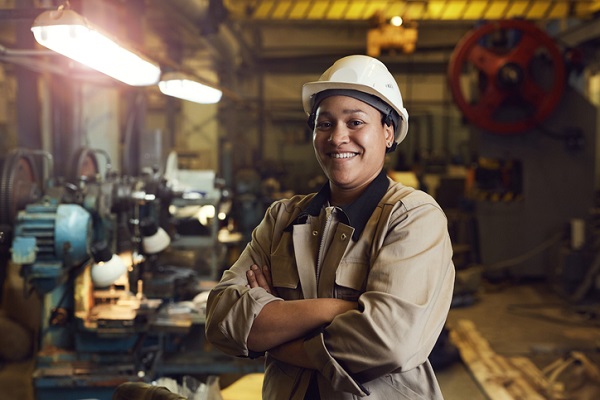 The new survey by Randstad reveals barriers and discrimination still persist but progress is being made, with women leading the way in breaking the ‘concrete ceiling’

A new report published today by Recruitment and HR specialist, Randstad, reveals the significant barriers female workers still face entering and progressing within Australia’s construction industry, with one in four (26%) believing that they do not have a fair chance to move up within their organisations and to develop their career.

This is despite a mounting skills gap within the booming industry, that experts identify women can play a key role in filling. Currently, just one in eight workers today is a female, making it the most heavily male-dominated industry in Australia.

Moreover, leading firms in male-dominated industries such as BHP in mining, are seeing increases in productivity and outperformance from teams with greater gender diversity, demonstrating a clear return on investment for those companies who hire more women.

The report by Randstad, ‘Women in Construction 2021: levelling the playfield’, surveyed women and men employed in the construction industry and provides an update on an earlier report conducted in 2019. The research has recorded significant improvements over the two years, with most of the women surveyed (58.7%) believing that attitudes towards their gender have changed for the better since they started their careers in construction, however gender disparity still exists.

Female construction workers identified numerous barriers currently preventing women from entering the industry, or pushing them to exit. These include seeing too few female role models in senior positions (34%), a lack of gender diversity (31%), the workplace culture (30%) and a lack of opportunity when it comes to career development (28%).

The number of women who report experiencing gender discrimination in the workplace at least once has dropped significantly over the past two years, however remains concerningly high – falling from six in 10 (60%) in 2019 to one in four (41%) in 2021.

The most common form of discrimination in the workplace is innappropriate comments or behaviour from male colleagues (70%) followed by being excluded from male conversations or social events (33.1%), being passed over for particular work/projects (26%) and being offered a less important role (26%).

However, the report also shows positive progression is being made (albeit too slowly), with 62.8% of construction workers of both genders believing that the way women in the construction industry are treated has improved since they started their career.

The females surveyed also revealed what would attract them to the industry today, with equal pay (1), followed by flexible working hours (2) and opportunity for career progression (3) coming out on top. Also on the list were learning and development opportunities (6) and more female representation in the workplace (8).

Kerry McQuillan, Randstad Australia’s National Lead, Diversity and Inclusion, commented on the findings: “Despite the challenges for women in the construction industry, progress is being brought about by trailblazing women inside the industry who are on a mission to break the “concrete ceiling”.

One of these women is Dominique Gill, Founder and Managing Director of Urban Fitouts & Construction and a licensed builder and a NSW Registered Architect. After nine years of working for one of Australia’s largest construction companies, Dominique Gill saw an opportunity to create a new type of building company grounded in diversity and inclusion.

However, it hasn’t always been easy to maintain this balance, with male candidates consistently outnumbering females for any position. Gill says, “I’ve employed loads of men over the years. I try to work with my consultant at Randstad to search a little bit harder until we can find a woman to fill a role where possible. Because there are women out there that are extremely talented and completely suited to do what we do. You just have to find them.”

Gill believes that the industry is improving for women overall, but saw a step back during the pandemic as the burden of remote-learning fell on women more than men. “A lot of the progress women had made in pushing their careers forward and equalising the share of housework slipped somewhat in the last year or so, which is disappointing. But I think now that we’re reopening, it’s time to get back to where we were and even further along. Because while there have certainly been advancements for women, I think we should be advancing faster.”

Another woman working towards being the change that she wants to see in the industry is Isabelle Castillo who is a Senior Contract Administrator at Corporate Interior Projects.

Isabelle said that while she does believe things are improving, she’d like to see more representation of women in leadership roles. Isabella is taking it up as her new challenge, aiming to complete her master’s degree in project management before taking on a leadership role in the next few years: “I would very much like to direct a construction company one day. This is what I am working towards”

She added that she does feel supported in her current workplace within the industry, saying, “I have no doubt I will grow and develop in this line of work. I do plan on having children one day, not yet, but one day. And I am confident I can do it while building my career. I can go on maternity leave and come back to the same opportunities.”

Firms need to progress instead of sitting back

Kerry McQuillan believes that despite the evidence supporting the benefits of hiring more females, companies in the construction industry need to step up their efforts towards progress rather than sitting back.

McQuillian says, “Now that there are a few women on-site or one or two in senior management, there is a danger that businesses will think that it’s ‘job done’. But it isn’t. If the only woman another woman sees when they go past a site is operating the stop and go sign, they aren’t going to bother applying. Similarly, if there are no female role models at the top of the business, ambitious young recruits won’t hang around for long. The industry should be moving further and faster on diversity and inclusion.

“This isn’t about quotas or a wholesale change in the way people work. Rather, it’s about ensuring that everyone has a fair chance to get on in their careers. The best projects and top jobs should be open to all and chosen on merit, rather than reserved for men.”

Randstad is committed to working with companies in the industry to create a more diverse workforce – resulting in a more profitable and efficient business. It is also determined to support candidates like Isabella by advocating for our female job seekers and partnering with those businesses that foster positive change.