Keeping track of the workings of a building site can be an exhausting process, but two Melbourne brothers have hit upon an idea that could change the shape of building management for the better. Anna Hayes finds out more.

The multitude of variables on a building site is vast and trying to keep track of everything can be a nightmare for a head contractor or a foreman, with every snag potentially delaying the building process and increasing costs.

It’s not a new issue but for the Hodgkins’ brothers, it has proved to be an impetus for their start-up company Matrak which, in recent months, has received a massive injection of capital and support. 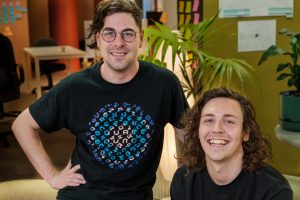 Founded by Shane (33) and Brett (27) Hodgkins, Matrak aims to track every component of a construction project from manufacture, through delivery and installation, in a transparent system.
And it is truly a case of ‘from small things, big things one day come’, as the very first iteration of Matrak existed solely on Brett’s phone six years ago. While working on site for his father’s window installation company, Brett was put in charge of managing materials and deliveries to the site after a tedious installation process where panes couldn’t be found.

“So every day, I would receive this packing list, mostly in Mandarin, that I was just stuffing in my tool belt and running around with highlighters marking everything off.”

Brett was studying a Masters in computer science at the time and decided to put his skills to good use, designing an iPhone app that would help him keep track of the different materials that were coming to the site. Soon, he was receiving calls not only from company colleagues, but also from suppliers trying to track whether their stock had arrived or not.

“The head contractor actually ended up sitting me down and saying they wanted this level of visibility across the entire construction site.”

It was the older of the Hodgkins’ brothers, Shane who, on hearing Brett’s story about the site app, saw the opportunity and was the driver behind turning Matrak into a real business. They registered the business and proceeded to work on it in their bedrooms for about five years.

“We were basically chipping away at it in our spare time, constantly going out to investors and pitching it to them. They would come back saying it sounded great in theory but we couldn’t prove it would be viable until we had large enough clients using it. We’d often go to these companies but when it’s two brothers working on it in their bedroom it’s hard to make that initial sale.”

Despite knock-downs and set-backs, the brothers stayed on course as they believed the technology they developed would have to exist one day, whether it came from them or someone else. 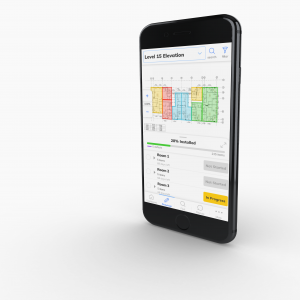 “There were a number of times when we thought about packing it in because we weren’t making enough traction with it. The one thing that really kept us going was knowing that eventually a system like this was going to have to exist in the future. Regardless of whether we were going to be the ones to do it, there is no way that the construction industry is going to continue with so much of its data just not being captured digitally.”

With a background in computer science, as well as experience in the family window installation company, Brett is well aware of the opportunities for technological innovation in the construction industry.

“There’s an enormous number of problems with communication, and lack of visibility of different information within the construction industry. It’s pretty well known that it’s one of the last industries to really have widespread technology adoption.”

About 18 months ago, after landing a project with Buildcorp, the brothers raised $760,000 in their first Seed Round investment process which was enough for them to turn their attentions, full time, to making Matrak a real thing.

In the following Convertible Note Round of funding, they raised a further $3.6 million, signing up clients such as Hickory and Super Seed, and finding themselves tipped as the next big Australian ‘unicorn’ start-up. 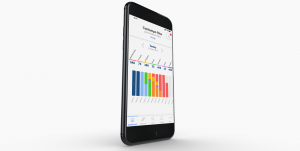 So what exactly is Matrak and what does it do?

While the app and functionality has come on a lot since its first iteration in 2013, Brett says that the core focus of the app is transparency, with the aim being to connect all of the different stakeholders within a construction supply chain.

“They can sign up to Matrak and upload PDF construction drawings and we have some internal processors (patent pending) that use machine learning techniques to automatically identify and capture all of the different materials on those drawings. It’s unique and it enables us to make the drawings interactive; we can essentially colour code them based on material status.”
Brett adds that what they are seeing at the moment is Chinese manufacturers putting QR codes on their different materials as they enter the production line which then gets scanned as it goes through each stage of manufacture and delivery.

“The suppliers now have a digital record of every single delivery and every single material that’s coming from overseas. The installers and guys working on site can look at their drawings and instantly see which materials have been manufactured, which are en route to site and which ones are already on site and where they’re located.”

Brett says that, for head contractors, the digital record of the whole supply chain is a big selling point and they are pushing it for a lot of trades that are on the critical path.

The product went through rigorous testing and trial runs prior to the Seed Round success at which point Brett says the business finally felt ‘real’.

One of the biggest surprises, he says, is that despite Matrak being a concept for the past six or seven years, it has not been replicated by any other company.

“From the get-go we were scared to tell anyone our idea because we thought it was only a matter of time before someone else swoops in and does it better. But even today, we’re still not seeing anyone else in the market doing it. We haven’t seen any other company trying to track the status of every single material on a construction site.”

Brett believes the coming decade will be an interesting and exciting one in terms of construction technology solutions. He feels that the industry is waking up to the fact that technology will become a big part of it and no one wants to be left behind.

“We really are seeing that adoption phase at the moment. We’re starting to see people collecting a lot more data on the way the construction industry works. I think, moving forward, over the next five to ten years, there will be a focus on leveraging that data to help drive smarter decisions and do more predictive analysis.” 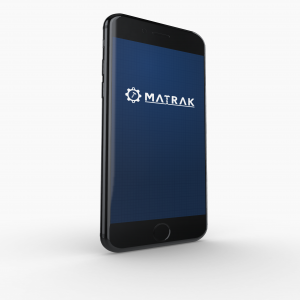 He thinks there are lots of opportunities around predictive pricing and scheduling, automating decision-making around ordering, and more.

“I’d love to see companies getting held more accountable to make sure they’re paying on time and not ripping off other companies,” he adds.

The team at Matrak are doing their bit to push this technology revolution within the industry. Brett says that their core product that tracks materials can reduce the risk of delays in the supply, helping a project to run more efficiently, is a huge win for head contractors.

They are also working on a new scheduling module, something they are trialling on their first project with Icon Construction, which tracks the progress of all subcontractors on site.

“It’s a similar method – you bring up the drawings and instead of ticking off materials you tick off the different rooms in the building. So, for the first time we’ve got 21 different companies all working together using the app. Each of the subbies can bring up the app on the phone and tick off the work they’ve completed.”

The head contractor can then check the plans and see a live, updated construction program rather than the granular updates that would previously come from phone calls to each of the subbies.

“What we’re doing instead is providing each of the subcontractors with the platform where they’re able to quickly update exactly what works they’ve completed and that can then be live fed into their construction schedule.”

He adds that the scheduling module, partnered with the materials tracker, can help to give head contractors a clear picture of what is happening on a site; if something is behind schedule, they can click on the room and find that a material was defective and has been reordered, etc.

“The construction schedule is really the heart of a project so I think tying it with this digital supply chain and full transparency of what each subcontractor is doing, is going to be a pretty powerful thing moving forward.”

Based in East Melbourne, Matrak now employs a team of 20 people, many of whom are former entrepreneurs and bring their expertise to what could be one of Australia’s biggest start-up success stories.

Matrak will kick off a Series A funding scheme early this year to run until the end of the financial year. Depending on where the company sits in terms of valuation, they will be hoping to raise another $2 to $3 million to continue developing their product.

“Right now, we’ve got a runway and we need to continue to build revenue and improve the model that we’re building at the moment. Obviously neither Shane nor I have done something like this before so we’re learning a lot as part of it. We’ve got an amazing team and I think there is a feeling that we’re sitting on top of something huge that we really need to execute over the next 12 months or so.”

How collaboration between trades and ground engineering ...